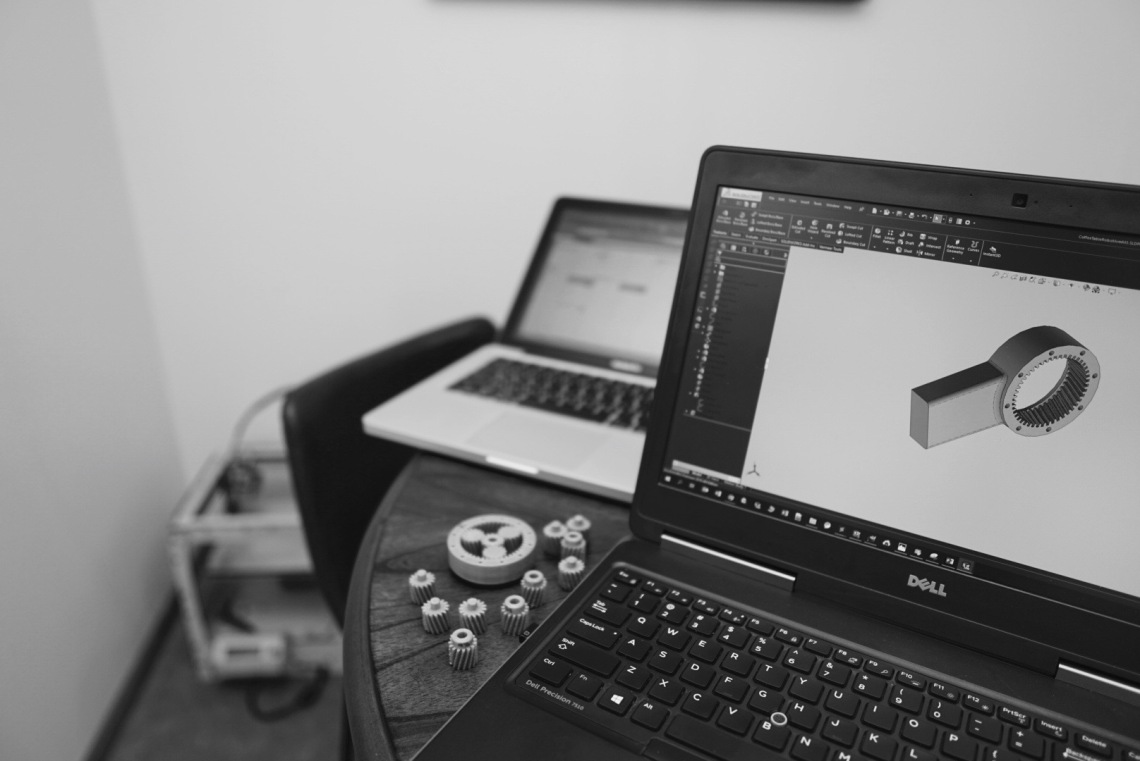 Robotic arms are incredible. They propel production of so many cutting edge products and supplement the pace of technological advancement. As inspired as I am with the capabilities of robotic arms, I am a little sad that these marvels of engineering remain hidden, operating on the backend of production floor space. Disappointed by this fact, I soon became distracted with the idea of creating my very own robotic arm that I could interact with daily. While placing my morning coffee down on one of my many coasters scattered about my coffee table, I narrowed in on the idea of a robotic arm that could be used to sort out this mess.

The initial step I took was determining the general design parameters of the robotic arm. I began by creating  a basic geometric sketch to outline the dimensions of the arm. The arm rotates on six different axis with an optional seventh linear axis that I may potentially integrate (axis 1). 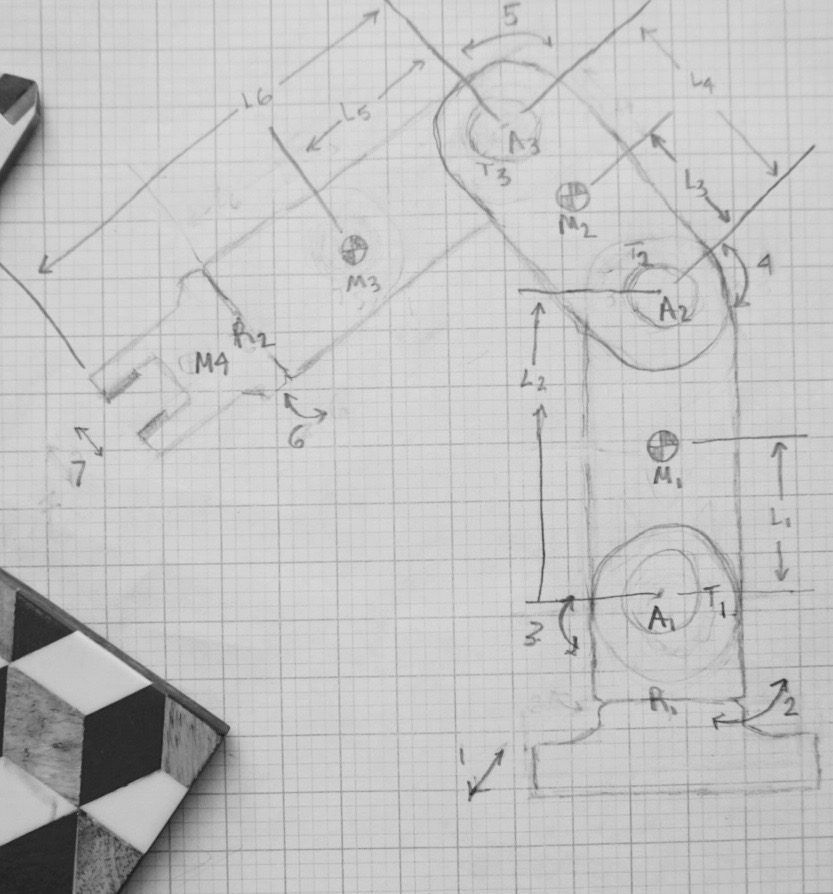 After outlining the general design parameters of my robotic arm, I then needed to determine static loading moments acting at each joint. When the arm is fully extended, torque is greatest at A1. I analyzed the initial torque without stepper motors, and just considered the weight of each arm (assuming material as PLA and specific arm geometry as a C-Channel). With this information, I then sized motors according to their rated holding torque as they were needed for more detailed mass considerations. At this point, I considered the mass of M4 as that of  a standard servo motor since this is what I plan on using until I further realize the project.

After designing for static loading conditions, I then needed additional torque to accelerate an object and put it into motion. This would be achieved by designing a planetary gear box to reduce the rotational speed of each stepper motor while increasing the torque output. I decided I would design a reduction for a factor of safety of two to achieve movement. I then wanted to design my gears for a factor of safety of three so my my stepper motors will stall out before any gear teeth fail. 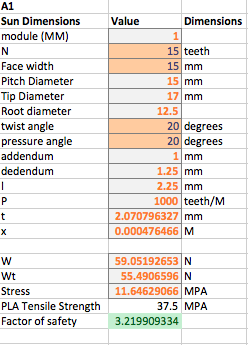 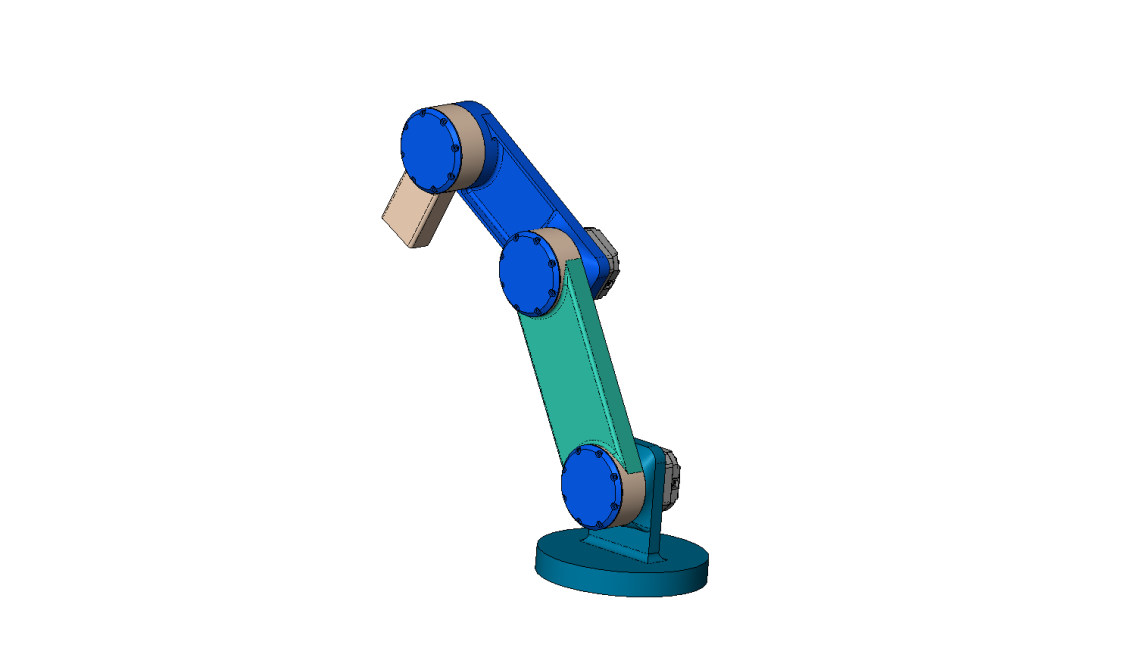 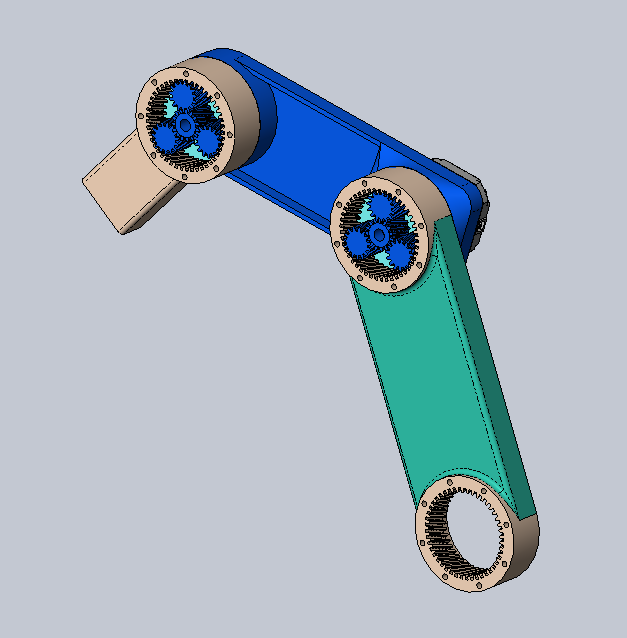 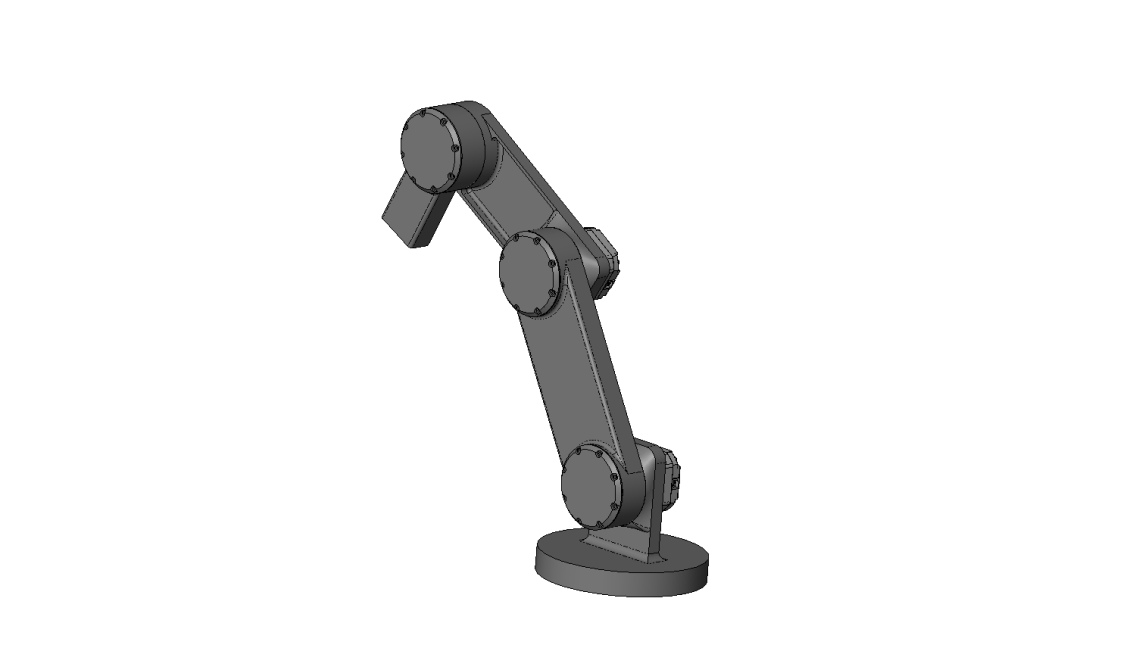 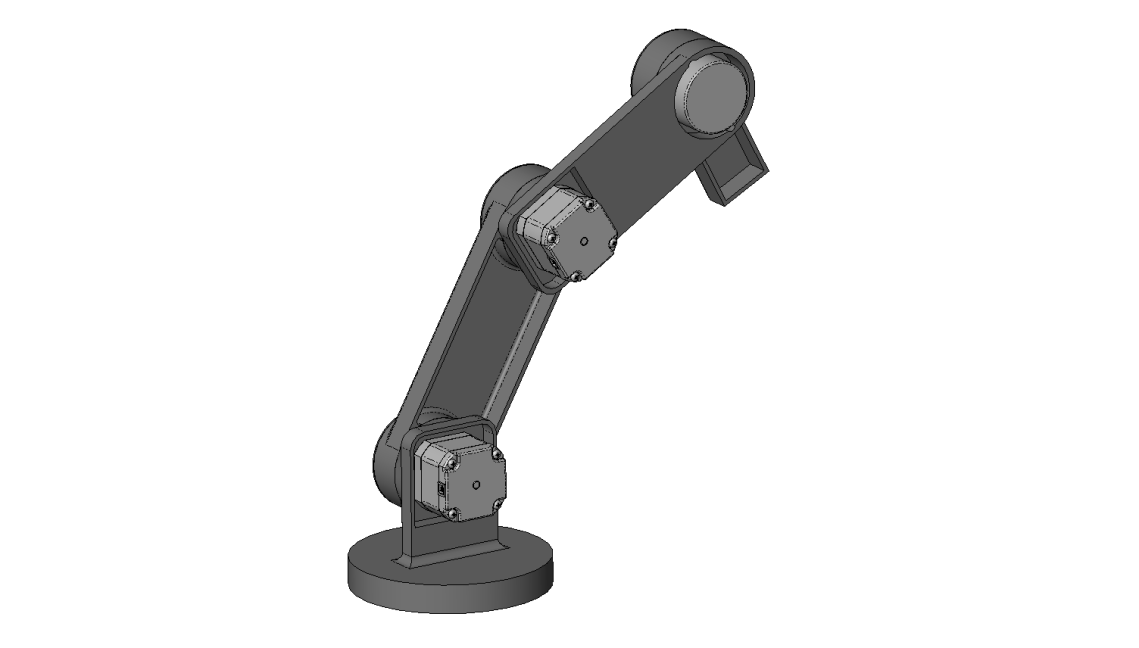