My goal with this project was to make a 3D printable and fold-able quad copter. This design concept was inspired by the DJI Mavic Quad Copter, so there are a lot of similarities in the exterior design. I chose to re-design critical mechanical components such as the folding mechanisms so that it would be relatively simple and robust. Below are images of the model I created using Solidworks. 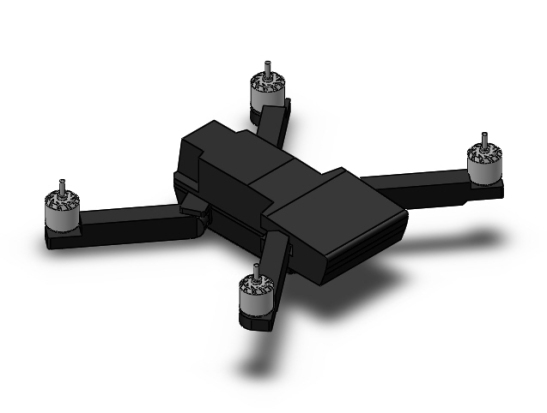 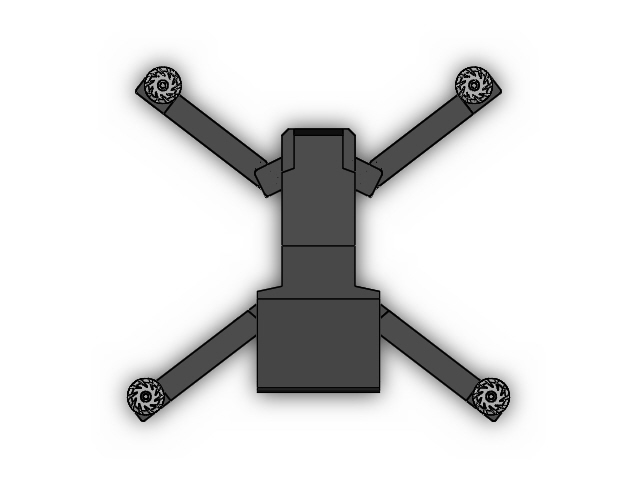 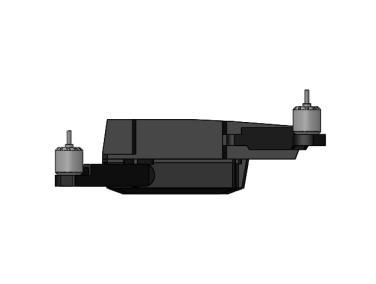 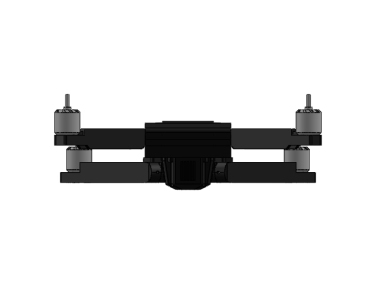 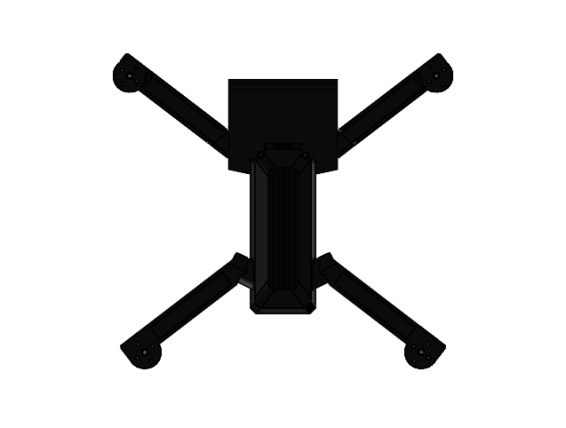 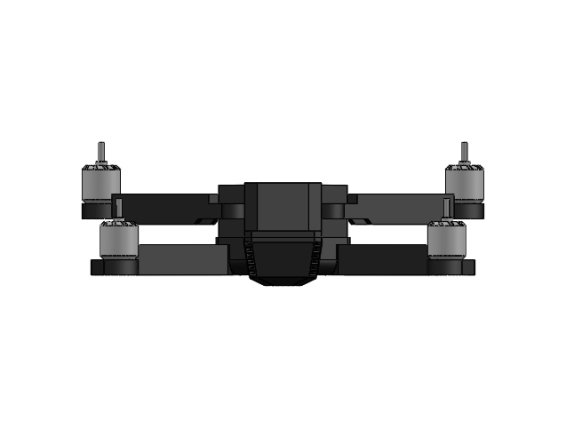 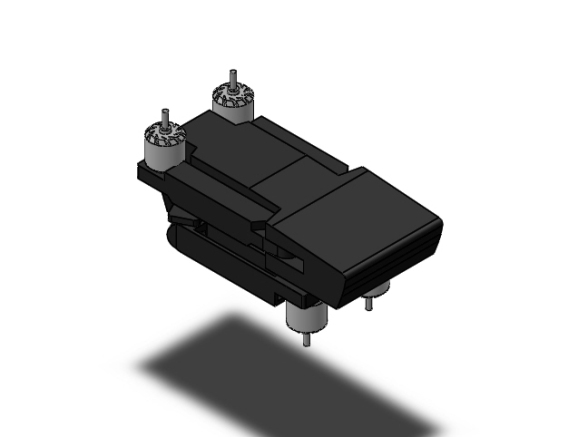 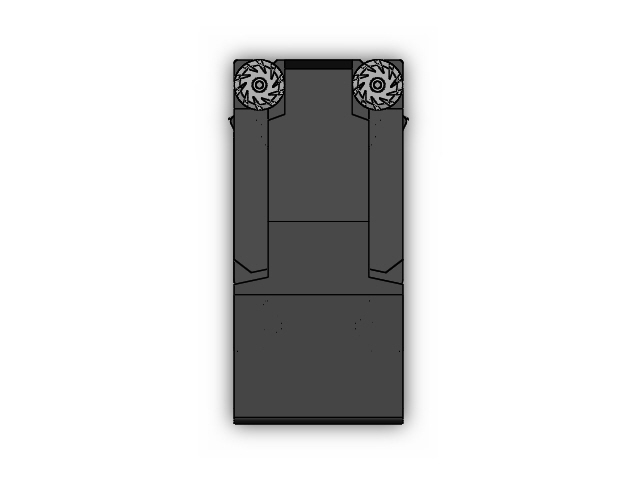 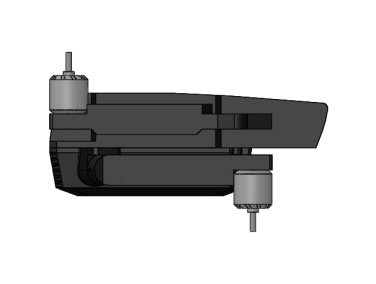 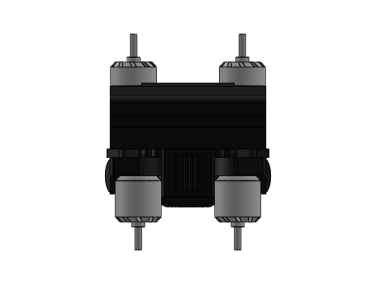 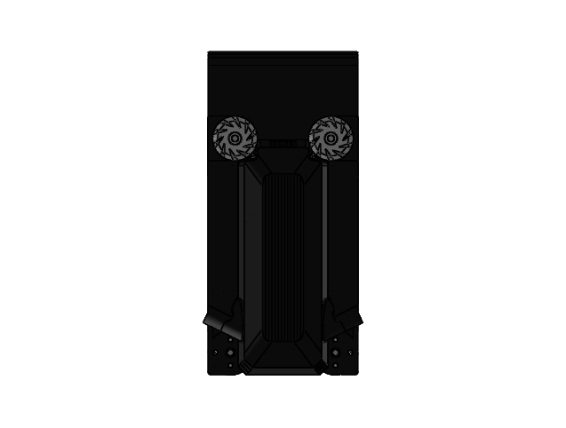 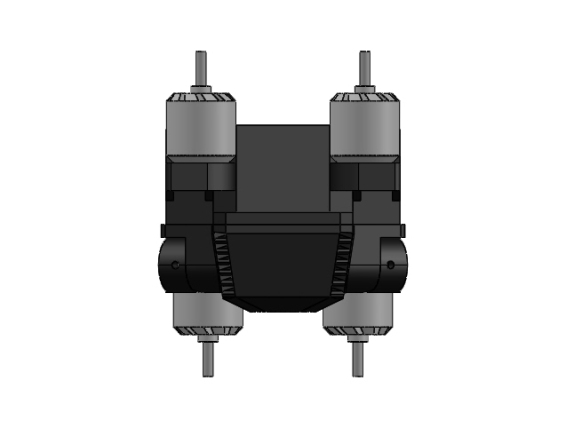 After Creating a full assembly of the model, design considerations were taken for the lower folding mechanism. The final design I went with was a cam/ spring lock mechanism. Two followers where cut into the pass through hub of the main body. Two cams were then added as a feature of the ends of the lower arms. Below is a top view of this cam follower style mechanism (only the top cam follower is shown below). 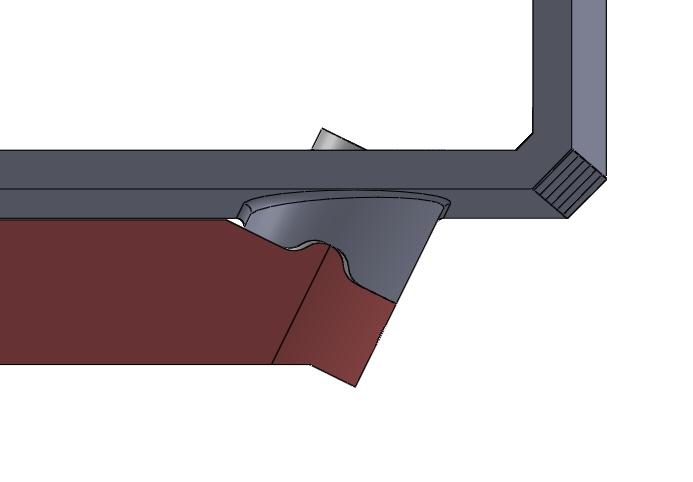 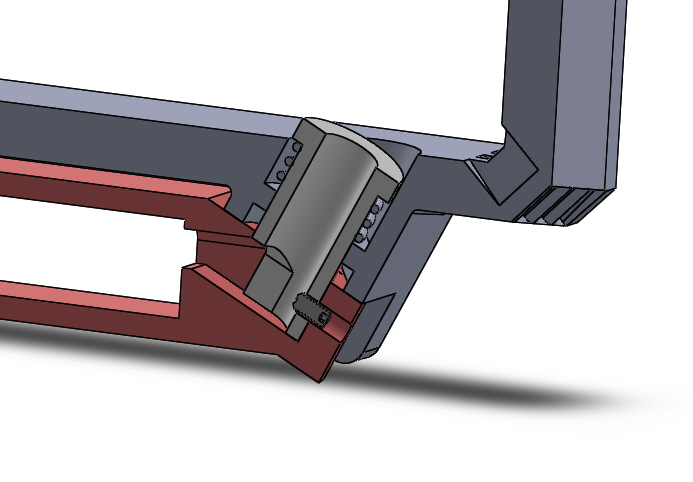 As per this design, I wanted to understand how the bushing would hold up. To do this, I decided it would be best to perform an FEA on it. Nylon was chosen for the bushing material since it has very good strength, and is 3D printable. The force being examined was that of the spring. When the arm is rotated out of the cam, the spring is fully compressed. At its fully compressed state, the force exerted by the spring is 7.96 lbs. This force, along with proper constraints, were placed on the model to simulate the analysis. Below is a Von Mises stress plot in psi. A factor of safety plot was then created. Minimum and maximum factors of safety were determined. As expected, the maximum factor of safety was at the base of the bushing since there are little to no forces acting in this location. The minimum factor of safety was located in vicinity of the set screw, as expected.  The minimum factor of safety lead to a conclusion that a weaker material could be used, or material could be removed if need be. 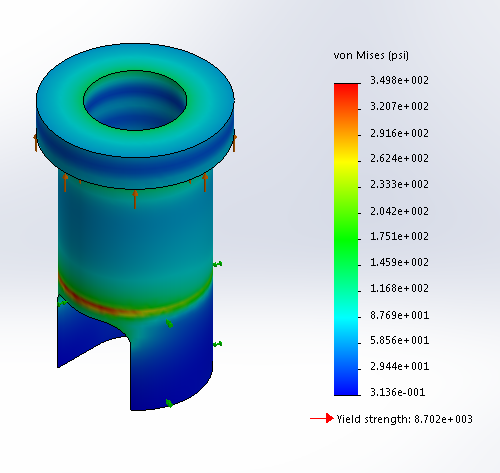 The Factor of safety below was determined by dividing the yield strength by the maximum and minimum von Mises stresses.

Factor of Safety Plot: Minimum and Maximum Factors of Safety 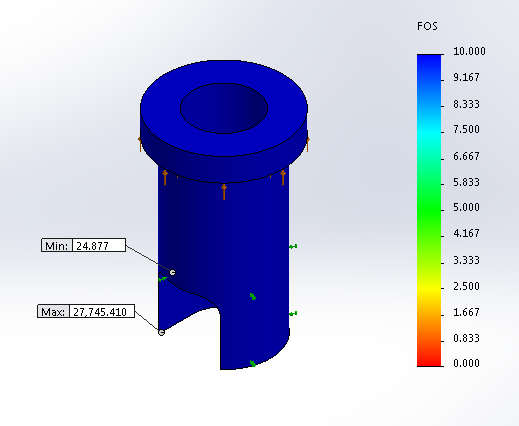 When the arm of the lower arm of the quad copter is fully extended, a large enough spring force must be applied to hold the arm up. I have included a link of the hand calculations I performed to determine the force required. These calculations ultimately helped me determine the proper length of the lower cam bushing. By changing the length of the bushing, I could ultimately change how far the spring would compress when the arm is fully extended.